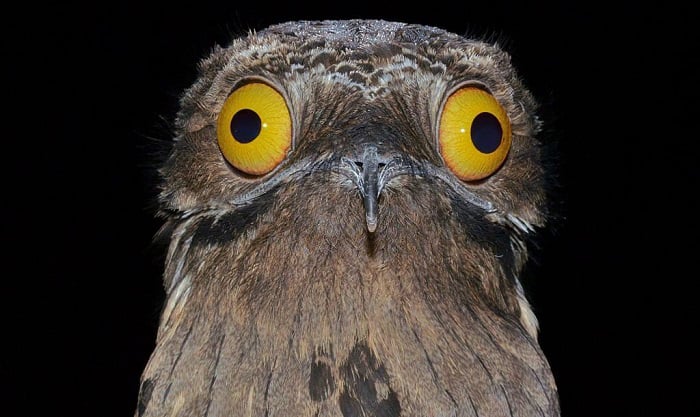 Ever heard of a bird called a Potoo? If it’s your first time hearing about this kind of bird or interested in knowing more about this special species then you are on the right page.

What is a Potoo bird? It is a family of nocturnal birds with seven species that are classified under this group, the family Nyctibiidae. 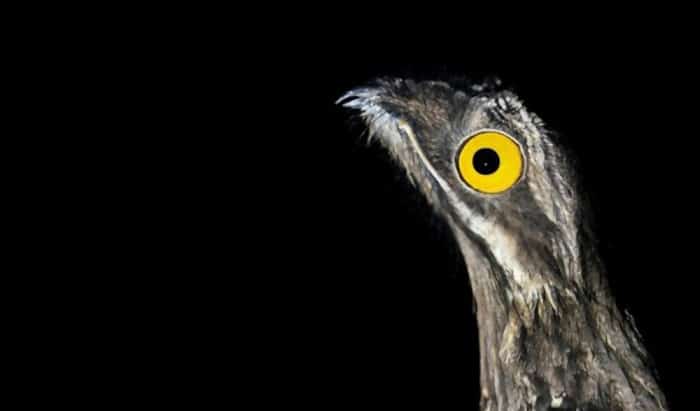 Potoo birds are nocturnal avian species known for their huge googly eyes and their unique name, easily said but commonly misspelled as ‘pooto”.

The night jars and frogmouth birds are close relations of the Potoo. Owls, on the other hand, are not phylogenetically related to Potoos.

The feathers of the Potoo have this complex pattern of dark brown to gray plumage. Considered to be masters of camouflage, the birds can blend easily on trees because their feathers make them look like a tree bark or a tree stump.

Potoo birds usually perch on tree stumps for easy camouflage during the day. Once they become active at night, the species tend to hunt on their own and will only enjoy their prey once they’re safe back at the tree stump.

Potoos have wide mouths with a tooth on the upper jaw. They have a small, flat beak. Their most distinguishing feature is their headlight-like eyes which appear yellow or brown.

The birds also have slits on their eyelids so they can see just by peeking through the small openings even when their eyes look shut. Thanks to this, the birds can

The Potoo bird’s habitats are widely distributed in South American countries such as Mexico, Brazil, Ecuador, Bolivia and Argentina. They are also found in Central America, and some Potoo species exist in the Caribbean territories.

So, where do Potoo birds live? Their preferred habitat are forests, particularly humid forests. They can also be found in savannas and woodlands. Their diet is also particular, they prefer to catch and eat flying insects such as beetles, moths, grasshopper, and termites. 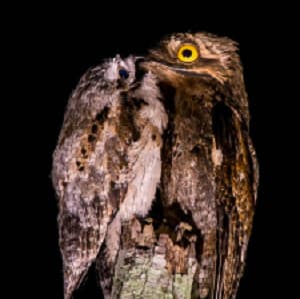 The rufous Potoo is a monotypic bird since it is the sole species that belongs under the genus Phyllaemulor. The smallest type of Potoo bird, rufous Potoo, only weighs 1.6 to 2.0 ounces in total.

This bird is placed in a special taxonomic group separate from the genus Nyctibius because albeit similar-looking, anatomical and genetic studies showed that the rufous Potoo’s cranial structure and DNA are significantly different.

The color of the rufous Potoo is livelier compared to the other Potoos. To be specific, the species’ feathers are orange to orange-red with specks of white all over its body. 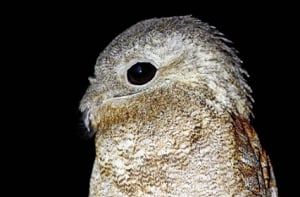 The great Potoo bird size is the biggest among the Potoo birds. The size of a great Potoo ranges from 19-4 inches and weighs around13-23 ounces. It has an average wingspan of 28.93 inches.

As a nocturnal bird species, the great Potoo’s location during daytime is on top of a tree stump, sleeping, unmoving and disguising itself as being part of a tree. At night, it hunts on flying insects as prey. 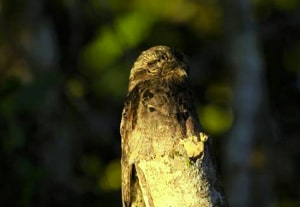 Weighing around 9.9 to 15.8 ounces, the long-tailed Potoo has brownish feathers with black to brown streaks on the crown and scruff area. The characteristic long tail of this species matches the brown color of the upper body.

The northern Potoo has a length of 15-18 inches and weighs between 12-23 ounces. It has grayish to brown feathers with white spots all over the body.

Similar to most Potoo species, it has a long tail, a big head, huge yellow eyes and a small gawking beak. 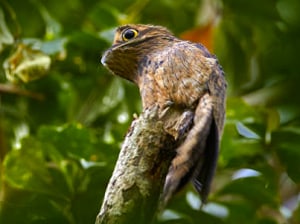 The common Potoo is also called the urutau bird. This species has a length of about 13-15 inches. Once the bird reaches maturity, it can be around 5.6 to 6.72 ounces in weight.

The color of the plumage is complex, predominantly brown with specks of black and gray. This pattern allows them to easily hide themselves on trees and stumps because they appear like a dead branch or a bark.

No more than 16 inches in length, these monotypic birds tip the scales at roughly 6.5 ounces. They used to be considered a subspecies of white-winged Potoo, but they have different calls and usually inhabit places much higher than other Potoo species.

Andean Potoo birds have white streaks (or gray, for females) on their scapular, which can be seen when they’re not flying around. The white streaks may also extend to the neck and throat.

The white-winged Potoo bird is also monotypic but it has two forms, the Amazonian and the Eastern form, with the former being smaller than the latter when it comes to size comparison.

You can spot the eastern form in eastern Brazil, while its Amazonian counterpart is found throughout the Amazon basin.

The species’ name is derived from its appearance, a small brown bird with white patches over its wings. The length of a white-winged Potoo is 9-11 inches, it weighs around 2.7-3 ounces.

The International Union for Conservation of Nature (IUCN) is the authority in species conservation. Based on their research and data analysis, the Potoo is a species of least concern because their numbers are still plenty.

Interesting Facts About the Potoo Bird 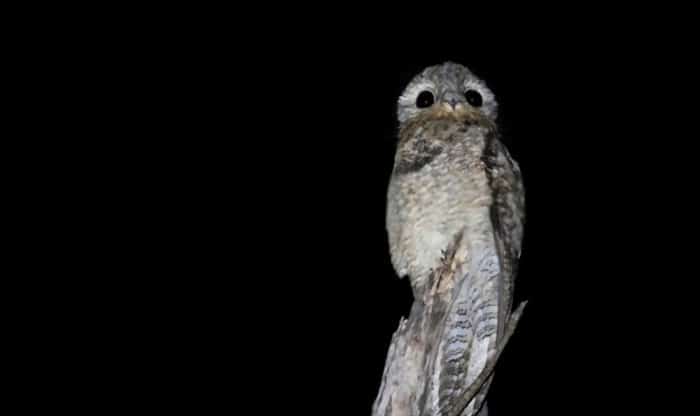 Where do Potoo birds come from?

Potoo bird habitats in general are found in Central and South America. They are neotropical birds, which can be found across the Amazonia regions, the Caribbean islands, Eastern South America and the Andes.

Is the Potoo bird extinct?

No, the Potoo bird is not extinct. All seven species are labelled by the International Union for Conservation of Nature (IUCN) as species of least concern because their numbers are abundant.

However, they are very elusive to most birders because of their nocturnal habits and excellent camouflage.

Potoos may look scary with their big eyes and mournful songs but they are not dangerous. They are very shy creatures and will always try to hide themselves with their usual Potoo camouflage.

In short, Potoos are non-aggressive creatures and their initial instinct when a predator comes near is to hide or to fly away.

The Potoo is such a fascinating creature even, there is more to this bird than just a weird looking owl.

I’m sure by now you already know what is a Potoo bird and a lot of other Potoo bird facts.

If you learned something from this article, share the link to your friends and let them discover in images and curious details about the Potoo bird.