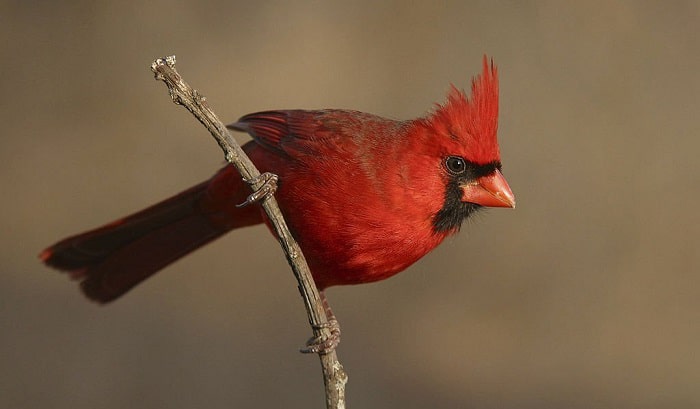 Stretching for about 36,185 square meters, consisting of flats and forests, Indiana became the home to a wide range of wildlife. But what is the state bird of Indiana?

The answer is the Northern Cardinal (Richmondena Cardinalis Cardinalis). It was officially designated in 1933 and inked by the Indiana Code 1-2-8.

When Did the Northern Cardinal Become the State Bird for Indiana? 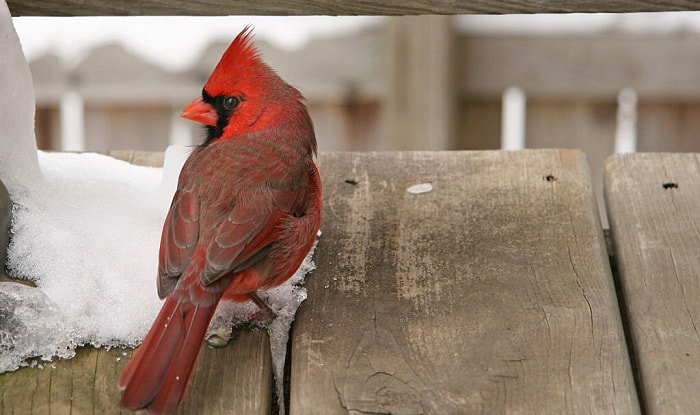 The state of Indiana officially claimed the Northern Cardinal as their national bird on March 2, 1933, under the legislation passed by the Indiana General Assembly.

Why is the Indiana State Bird a Cardinal? 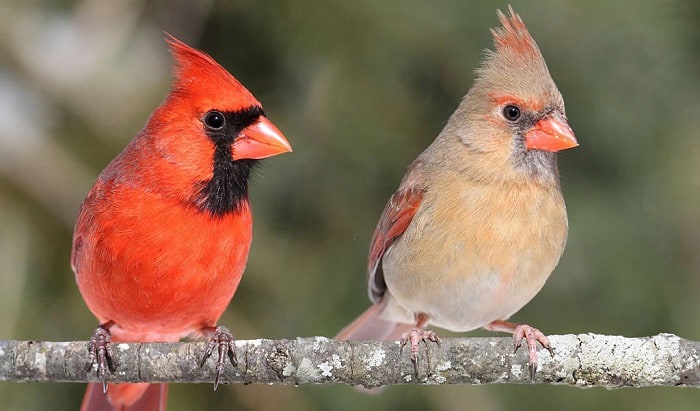 Bird migration might be one of nature’s wonders, but what people of Indiana (Hoosier) appreciate the most is the one that stays by their side.

Aside from its sedentary lifestyle that makes this bird a loyal resident of the state, the designation of red cardinal state bird was influenced by Hoosiers’ love for its bright red color and the joy it brings to the garden.

According to the legal framework, the Cardinal, also known as the “Red Bird,” got its scientific name (Richmondena Cardinalis) in recognition of the American ornithologist (professional who studies birds) named Charles Wallace Richmond.

As a precaution against being confused with other cardinal species, the name of the state bird was later changed to (Richmondena Cardinalis Cardinalis).

But there must be an undeniable and pleasing beauty of Cardinal to make it a state bird, isn’t it? Let’s find out the reason in the next section!

Fact #2: They do not migrate

Throughout the whole four seasons, even when the coldest season comes, and everything becomes frozen, Cardinals will be there in backyards eating seeds and insects.

In fact, they are often referred to as “Winter Redbird” because out of all red birds in Indiana, they are the only ones that can be spotted.

It was previously noted that the scientific name of the Northern Cardinals was after Charles Richmond. But another interesting fact is they also got their name from Roman Catholic cardinals, who often wear red robes.

The male birds show off with scarlet red plumage and a black patch on the face. Meanwhile, the female birds are coated with a brown touch and pale red crest, whereas both have red-orange bills as adults.

Additionally, they are a bit larger than a sparrow but not as big as a robin. They are roughly 9 inches long and have a wingspan reaching up to 12 inches.

Due to their prominent red feathers, cardinals are effortlessly identified and enjoyed by birdwatchers.

In the world of songbirds, males tend to sing better than females, but Northern Cardinals are the exception.

Both male and female cardinals have captivating music that sounds like strings and whistles or, more specifically, like “cheer cheer, birdie birdie.”

These songs are primarily used for communicating with each other. They also sing to breed and defend their territories.

Northern Cardinals reside in east and central North America, just like the name of the state bird suggests.

Since Indiana has a diverse landscape, these birds’ natural habitat includes a variety of environments such as in the forest, swamps, and even in the cities.

Their nests are built by female cardinals, who breed twice a year, usually in March and July, with an average of 3 eggs per season.

Both parents take care of the chicks by feeding and cleaning the nest for about two months until the baby bird is ready to fledge.

Records have shown that the average lifespan of cardinals in the wild is 15 years, with a survival rate of 60%.

Fact #6: Got the main character vibes

There are numerous red birds in Indiana, such as the Summer Tanager, Scarlet Tanager, and Pine Grosbeak. However, the Northern Cardinal remains the most common bird during the summer and winter seasons.

As a matter of fact, they are one of the most easily identifiable birds when compared to the other birds of northern Indiana, like the White-throated sparrow, purple finch, and morning dove.

Another fun fact is that they are not the only state bird of Indiana but of the other six states, which makes it the most popular state bird.

Northern Cardinal is also the Ohio state bird, as well as to Illinois, North Carolina, Kentucky, Virginia, and West Virginia. 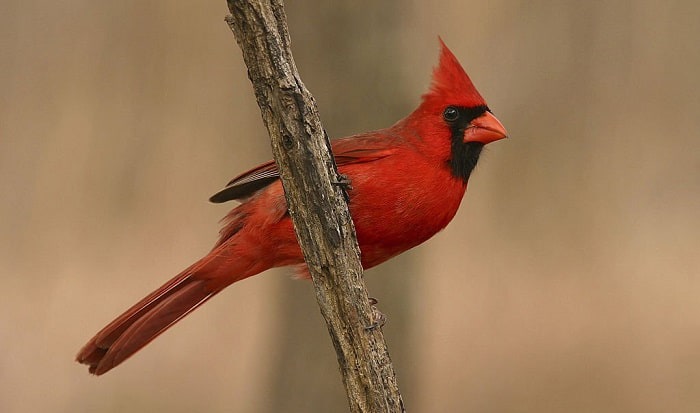 How to attract Northern Cardinals in my backyard?

The Northern Cardinals are a simple species you can lure with food. You can offer them seeds of sunflower, safflower, and mealworms. Fruits are also a good choice, such as blueberries and mulberries.

Running water during the winter season would be a great choice since these birds do not migrate.

Can I pet the Northern Cardinals?

Cardinals are beautiful birds, so no wonder that many people would want to pet them. But for their best, they are protected by the Migratory Bird Treaty Act and thus, it would be illegal to keep them.

In addition, these birds are a little bit aggressive. When you accidentally approach their territory, there is a high chance that they will attack you. They often flaunt the beautiful crest when they get angry but draw it back when in calm situations like resting.

Also, Northern Cardinals love to flock together in a group of more than a dozen. And they often stay in pairs to get through the cold winter.

Most people would not wear the color red to avoid leaving a strong impression, but the birds like Northern Cardinals, they don’t only wear it every day — they also embody it!

It turns out that these avians are so fiercely territorial that they would not hesitate to fight their own reflection on the window to defend against intruders.

This behavior intensifies during breeding seasons but can last for half of the year for females until their hormones subside.

Slaying in a red dress while having a fine voice is truly a gift not only for the Northern Cardinals but also for the birdwatchers.

These medium-sized birds proved that they are worthy of seven state bird titles as they carry their flamboyant coat with loyalty, fierceness, and good parenting.

Now that we have unveiled the fantastic facts about what is the state bird of Indiana, you can leave a comment on what state bird you would want to read next.

Thank you for reading!

Nevertheless, this is not the only state that claims birds as its symbol. Northern Cardinals are also the state bird of: