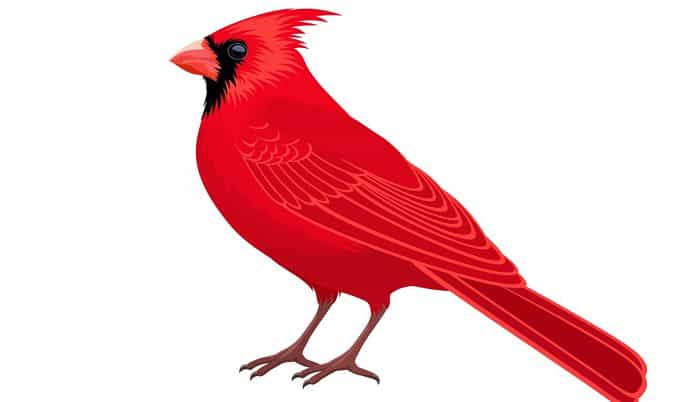 Have you ever seen a bird that looks like a cardinal but is not? Well, in this post you will meet ten of them. Cardinal look-alike bird species are pyrrhuloxia, scarlet tanagers, vermilion flycatchers, phainopeplas, summer tanagers, and more.

These birds have similarities, but they have differences too. And learning about them will allow you to identify avians better. Let’s find out more about these 13 fascinating bird breeds.

13 Birds That Resemble The Northern Cardinals

Indeed, there are large, medium, and small birds that look like cardinals. Most of these birds have the same color as the cardinals, and some look similar thanks to their faces. 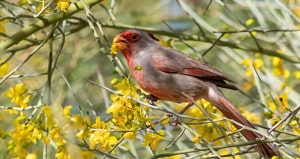 Pyrrhuloxia birds are also known as desert cardinals. Their color is not the same as the red birds, but they are similar with their head crown, measurement, and body structure. This bird species has a gray shade, but you can see streaks of red on their feathers. 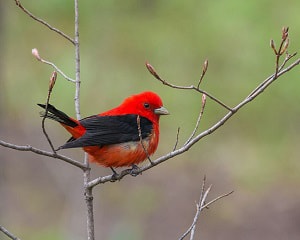 The scarlet tanagers and cardinals are in the same family. The tanagers’ vivid red color resembles the cardinals perfectly, except for the absence of a crown.

The small-sized scarlet tanagers don’t have a black mask, and their bills are tan, while cardinals have orange beaks. Plus, both species differ in the structure of their tails.

Both avian breeds are stoutly built. 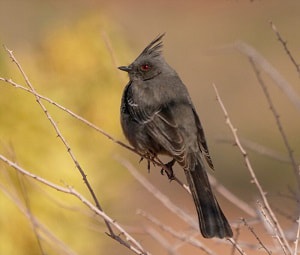 A phainopepla is black, but this bird species resembles the cardinals. The two breeds have similar body structures, measurements, head crowns, long tails, and legs.

Phainopeplas like to roost and nest on tall trees and prefer dry forests. And though they appear to be like cardinals, they are distinguishable thanks to their slimmer beaks. 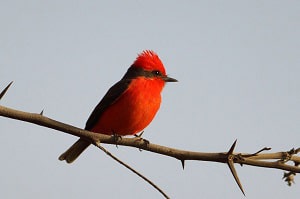 The vermilion flycatcher is a red bird not cardinal though. This species prefers open spaces, tropical regions, woodlands, and farms. They have head feathers and a small face mask that makes them appear like cardinals. But, they have differences that are obvious too. 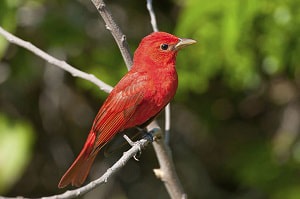 Many birds look like cardinals, and one of them is the summer tanagers. They look very similar to the cardinals because of their red color, even the wings. But, aside from their crimson hue, both bird species differ in many ways. 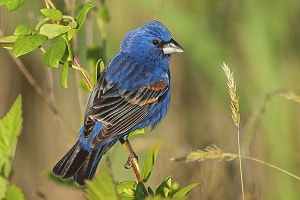 The blue grosbeak is a beautiful songbird that is blue. It does not have a red bill, but it resembles the northern cardinal thanks to its head crown and body structure. This avian species has a broad, thick beak, and they have a small mask too, but not in the same place as the cardinals.

Blue grosbeaks build their nests in shrubby locations, and they love roosting on high trees, posts, or structures. And these passerines surely like to sing.

They are usually mistaken as cardinals because of their long tails. Both species love seeds and dense vegetation and have varying colors for males and females. 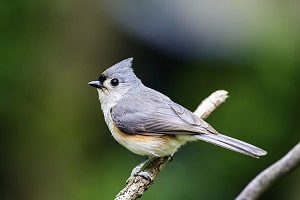 The tufted titmouse is nowhere near the color of the cardinals, but they have a crest similar to the red birds. This bird species has a white neck and underbelly, and gray wings.

Tufted titmouse birds have huge black eyes that are absolutely adorable. They also have a circular beak, and their songs create an echo. These tiny birds are favorites of homeowners, and they are always visiting bird feeders. 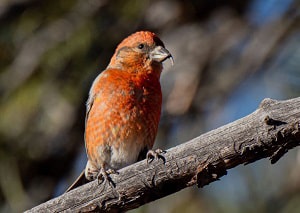 These red crossbill birds that look similar to cardinals are quite amazing. This avian species has a red body like the cardinals, but they have maroon-red wings while their look-alike is all red. But they’re the same in terms of their tails, beaks, and wings measurement.

Red crossbills live in alpine woodlands, and their diet consists of insects and seeds. They spend the sunny days in the northern part of America. Though not really migratory birds, the red crossbills are nomadic creatures. They move from place to place in order to find the best food sources. 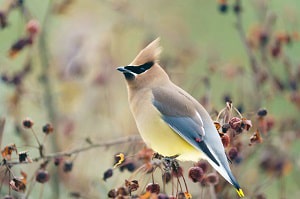 The cedar waxwings are very colorful avians. They look like cardinals with their head crown, and their mask is black, the same as their bright red look-alike bird. And even though this bird breed is not red, they certainly have the same structure as the cardinals.

Cedar waxwings breed in wooded areas and love the sound of running water. 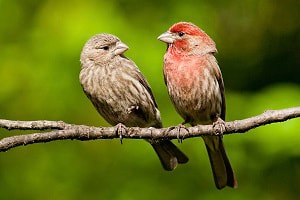 These brown birds that look like cardinals sometimes have crimson spots on their feathers.

The two species look similar in body structure, enough that they can be mistaken as each other at night. But there is no head crown on the house finches, and they have red lines on their faces instead of a black mask.

Additionally, the tan bill and tail of this bird species differs from the orange beak and red tail of the cardinals. 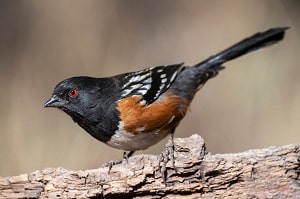 The California towhee is a gray bird that looks like a cardinal, particularly the female ones. This bird species does not have much red on their feathers. Their face is brown while cardinals’ have a charcoal hue. Also, the latter has an orange beak while the other bird breed has a pale gray one.

The two birds also differ in wing colors (brownish grey on the towhees vs red on the cardinals). 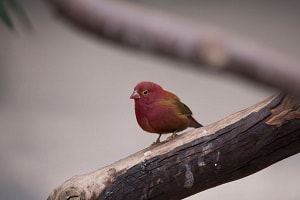 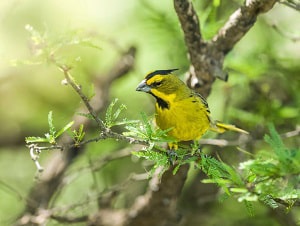 If you’re looking for a bird that looks like a cardinal but is yellow, then the answer is the yellow cardinal. Humans are so used to the red northern cardinals, and not many have seen the yellow species.

And while the northern cardinals are a constant sight in the country, their yellow counterpart thrives in Brazil, Argentina, Uruguay, and Paraguay.

Thanks to this post, you can now name at least one bird that looks like a cardinal but is not.

If you have any questions, don’t hesitate to leave us a message. We welcome comments and suggestions. And kindly take time to help us spread this post. It would be great to have birders spot bird species seamlessly.

Besides, you can refer more to other interesting facts about birds’ life: