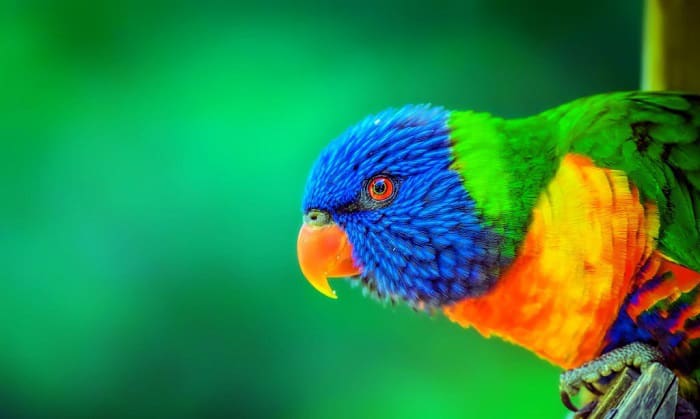 When you see a head bobbing parakeet, you will probably find it funny, but it’ll also make you wonder why do parrots bob their heads. There are several potential reasons behind this action. Knowing why birds do this can allow you to understand them better and respond accordingly. Here are several things that could explain the head-bobbing bird behavior.

Birds bob their heads up and down because they are hungry, angry, excited, or bored. They might also do it because they want attention or want to bond or play with you.

Reasons Why Parrots Bob Their Heads 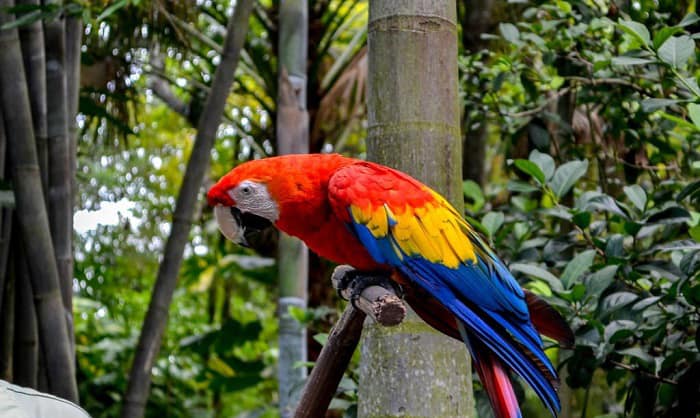 The parrot bobbing head action can mean several things. It is not just to entertain and make us laugh. Other birds also bob their heads when they walk, and the explanation behind it is somewhat similar to that of the parrot.

This behavior is one of the many body languages that every bird owner should know. When you witness an enthusiastic head bobbing, it could mean any of the following:

This is one of the most common reasons for head bobbing. Baby parrots often do this to signal to their parents or owners that they are hungry. These infants are entirely dependent on their figures for feeding. Thus, we can compare this action to begging for food. If you own an unweaned parrot, always pay attention to this, so your parrots are not left to starve.

Some parrots keep this behavior when they’re adults. They bob their heads when they are low on food and need a refill.

As a parrot owner or keeper, you should know that giving them food means attention. Unweaned parrots learn that bobbing their heads will get them fed and attention. We can assume that when they are not hungry, they probably need attention or handling, especially when you are busy doing other things.

Keep in mind that social interaction is essential for a healthy parrot. Spend some time with them, pet them and take them around with you to show your parrot extra love. But this might not stop them since they’ll do it again when they realize their little trick works.

When you pull out their favorite toy or when they see a new game to play, parrots will usually bob their heads in anticipation. That’s when you know it’s playtime!

Regurgitating food is how parrots bond with their babies, and this is accompanied by bobbing their heads. Many are grossed out at the thought of your parrot offering their food to you. But know that this is their way of showing they care.

However, the head bobbing action should be discouraged if the reason is to bond by regurgitating the food. It might complicate things when they start viewing you as their mate.

Have you seen your birds shake their heads to music? They are probably excited. Aside from the bobbing heads, they will also dance! You can quickly tell if your parrot is in a good mood. It’s often when it’s feeding time or if they want you to give them a treat.

If your parrot gives you the stink eye in addition to bobbing their heads, then they’re probably mad. They could also display other signs of stress that you can easily recognize.

Some of the causes of parrots’ anger are a change in their home or routine or simple jealousy from a new family member like a partner or pet. Check your surroundings for new objects because sometimes, your feathered friends see differently.

Parrots are known to be social and need interaction to keep them occupied. Make sure they are getting enough entertainment, and let them out of their cage now and then. Don’t coop them up inside their cages for an extended period. Otherwise, you will witness some head-bobbing action.

Parrots have numerous communicative behaviors, and we are familiar with them and what they mean. It is essential to keep an eye on little details and the context in which an action occurs. Learning the several meanings of parrots bobbing their heads is a start! 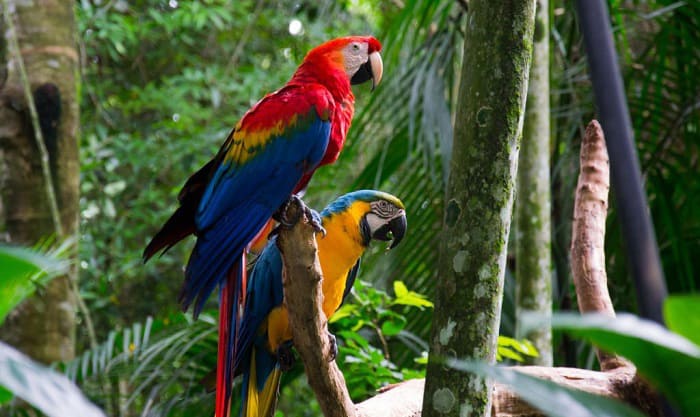 Why do parrots hang upside down?

Seeing a parrot hang upside down on its perch for the first time can frighten you. But there is nothing to worry about because this is a natural and normal behavior for many birds.

Some of them do it for fun, while others choose not to. In fact, it is a good sign of a healthy and happy bird. This means your parrot is comfortable enough to assume this vulnerable state.

Why do parrots shake their heads?

It could be due to the excitement of hearing their favorite music. Shaking their heads is normal parrot behavior. Another common reason behind this is something irritating in their heads. It can be from a food item lodged in their beak, a loose feather, or water in their ears. But when it becomes excessive, it could be a nasal or ear infection.

What other bird species bob their head?

Around eight of the 27 bird families do head bobbing, especially when walking. It is a unique feature that bird species like pigeons, parrots, chickens, magpies, quails, cranes, and more have. There are several theories as to why they do this while they walk, and studies suggest that it benefits their survival and well-being.

Understanding why do parrots bob their heads gives us an idea of why many birds behave this way. The mentioned head bobbing meaning can help us know what our pet parrots need. It is a way of communicating that every bird owner should know. This will foster a stronger bond and less frustration between both parties.

Did you find the information we shared helpful and interesting? If you have a friend who is still curious about parrots bobbing their head, send this article to them! Comment other cool facts about parrots and other reasons why they might nod their heads up and down.

Furthermore, you can read these articles for more knowledge about bird behavior, such as: