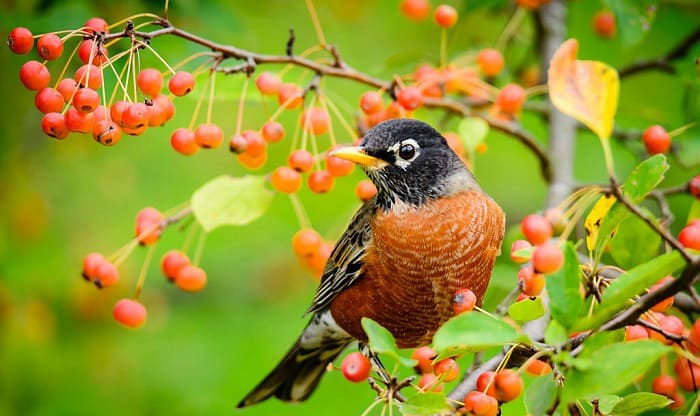 Just like the other states, Connecticut has a set of symbols that represent and celebrate the qualities that set it apart from the rest. After all, despite being considered as one country, the fifty states of the Union have different laws, cultures, heritage, beliefs, and even floras and faunas.

The Mountain Laurel, Praying Mantis, Garnet, and the White Oak are the symbols adopted by the state of CT as its state flower, insect, mineral, and tree, respectively. But what is the state bird of Connecticut? Well, it is the American Robin.

Why is the American Robin the State Bird for Connecticut?

Connecticut, also known as the Constitution State, is the fifth state to be admitted to the United States of America. It is also one of America’s original thirteen states.

Among the fifty States of America, Connecticut is the forty-eighth biggest state in terms of total area.

Although it is America’s third smallest state, it has established itself as a good birding location as there are more than four hundred thirty (430) species of birds in Connecticut. Steep hills, ridges and valleys, forests, and shoreline beaches are just a few of the diverse bird habitats that can be found in the State.

Considering the hundreds of bird species found on its coast line and birding hotspots, it is interesting how the Constitution State decided on its state bird.

In fact, the American robin only ranks fifth in the list of the most common Connecticut birds.

It is neither endemic or uniquely found in the State, as the American robin is a common backyard bird in America, and can be found all across the country.

So, how did the American robin earn its spot as Connecticut’s state bird? The answer is its loyalty.

The American robins found in Connecticut are deemed loyal by the people due to the fact that they do not leave the state especially during winter. Instead of migrating to warmer states such as Texas and Florida, the American robins stay in the State and settle on the swamps’ tall pines.

Getting to Know the American Robin 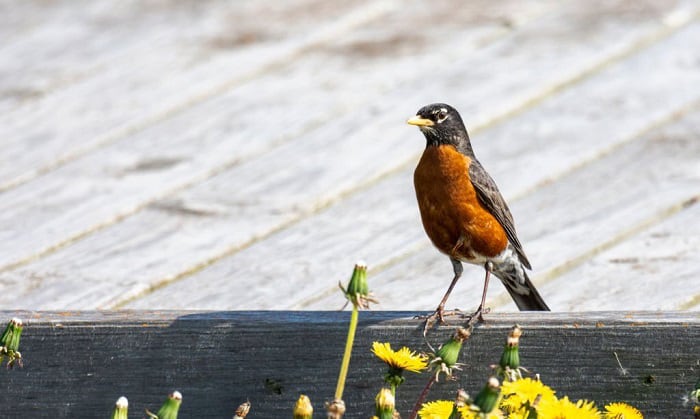 Among all Connecticut birds identification of the American robins can get a little tricky. Although often confused with any other brown and orange, or black and yellow bird CT’s state bird is actually unique on its own.

The American robin (Turdus migratorius) is a bird that can be found across North America, and certain parts of Central America. It got its name from the first European settlers in America, who saw that its color pattern was similar to the European robin (Erithacus rubecula).

However, the American robin and English robin are not closely related.

During the daytime, they spend their time hunting for food. Due to the food they eat, the American robins can be found mostly in gardens, yards, woodlands, parks, backyards, and grasslands.

However, they also fall prey to other creatures such as squirrels, ravens, crows, owls, and raccoons.

Don’t worry though! The International Union for Conservation of Nature has categorized the American robin as “Least Concern”, and is far from being extinct. With its population going up to about 370 million, the number of the American robins remains as one of the largest in North America.

When Did the American Robin Become the State Bird for Connecticut?

The United States of America began adopting state symbols after getting inspired by the World’s Fair’s “National Garland of Flowers” in 1893.

Since then, each state began recognizing icons and symbols that can best represent itself. More so, some states use this as a way to promote industries or attractions that are relevant to them. 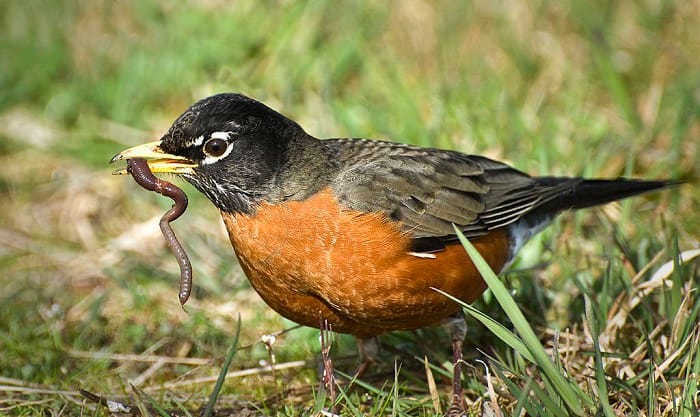 Fun Fact #1: American robins can tell themselves apart from other robins by the color of their chest feathers.

Fun Fact #2: In some states, sightings of American robin meaning spring is already on its way.

Fun Fact #3: Belonging in the family of thrushes, the American robins are melodious songbirds.

Fun Fact #4: Some American robins get “tipsy” especially during winter.

The American robin is indeed a small, yet incredible bird. It is seen as a symbol of hope, and its songs uplift the spirit of those who can hear it. More so, it has proven itself worthy of becoming one of America’s beloved birds, and of course, as the State bird of Connecticut.

So, the next time someone asks you, “what is the state bird of Connecticut?”, proudly flaunt your knowledge about this humble thrush.

Moreover, discover other topics that are related to state birds: